Ahmed Seddik will be giving a lecture about How Laser Works at the Word Hall of the Sawy Culturewheel in Zamalek on the 20th of September 2010 at 7 p.m.
It is a part of his Ahmed Zewail Series of Lectures to popularize science. 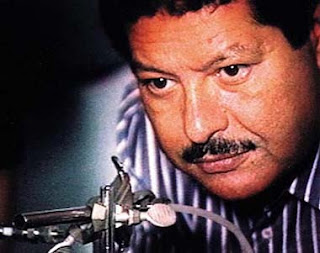 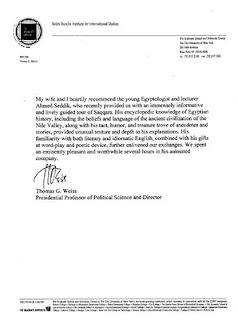 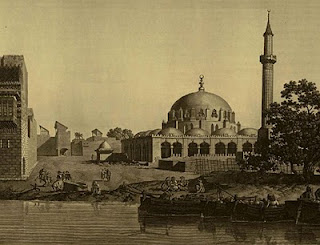 ‎"Behind the Gates of Glory and Facades of Fame lie unique stories of rise and fall, that teach us to never give in, in nothing great or small, in the march of history against the juggernaut of time. When Domes Dominate a Relief of Belief reveals the Architecture of History in the History of Architecture through abodes ...beyond the boundaries of death. The minarets dot the Is and cross the Ts of architecture, furnishing a Rosetta Stone, to untangle the web of history. The palaces of startling elegance provide visual biographies highlighting the salience of sailing in the sea of history and granting us a passport to the past." Ahmed Seddik

Now, you have decided to go to Giza on your own. Are your camera and water ready? Taxi! Take me to al-Ahramat, (Arabic for pyramids). As you approach the Giza Plateau, one of the five most exclusive hotels in the country, the Mena House, will be to your right. You will notice the plateau rising in terraces, reflecting the nature of a site with a commanding sight thanks to its height. You swing around and the taxi drops you off. You get out, pay and walk to the ticket booth. There is a line for the ticket area and another for entering the pyramids; Khufu and Khafre. All pyramids here are empty, by dint of a hint, every measure, to hide the treasure, failed to elude the looters, who were lured by the lucre. Go through the metal detector and hike up until you are on the Giza Plateau proper. Here could be your first-but never last-chance to glance at peddlers trying to sell you their treasured trinkets; keep going, make no eye contact and you are scot-free.


If you can make out the entrance of the Great Pyramid of Khufu, whom the Greeks called Cheops, then you are facing its north side. Khufu was the second ruler of the fourth dynasty. Yet, in building monuments for the sun, he was second to none. The modern entrance to his pyramid dates back to the time of Caliph Al-Ma'mun who ruled in the ninth century A.D. A few tiers above, you can see a gigantic triangle, the pyramid’s original entrance. Since it was surreptitiously sealed and cunningly concealed in antiquity and the gleaming limestone façade of the pyramid had no fault, the men of Al-Ma'mun came to a halt. Today, the pyramids are mostly stripped of their fine white limestone that came from Tura and Muqattam quarries. The limestone was recycled to build the new mosques and houses of Cairo in the Middle Ages, greatly contributing to its domestic and military architecture. Reuse of ancient Egyptian stones was, perhaps, the very process that led the Mamluk Sultan Al-Ashraf Sayf al-Din Qaitbey to use the would-be Rosetta Stone to build his fortress in the city of Rosetta, hence the name.

Facing the northern façade of the great pyramid, walk forward! To your right lie a couple of tombs in the shape of a mastaba (Arabic for a bench). These are the type of tombs that belonged to members of the palace court. Space, particularly in the vicinity of the pharaoh, was at a premium. That is to say, when located next to a pharaoh’s pyramid, a mastaba mastered eternity and made an indelible statement about your status in a highly stratified society, a credible sign of your incredible wealth. There, an inch initiated you into a whole new career.

Walk along the northern side of the Great Pyramid eastwards and you face the less celebrated rest house of King Farouq, the last real King of Egypt and Sudan, whom Gamal Abdel Nasser forced to abdicate in 1952, thereby dismantling a great pyramid of corruption and incompetence. Now, walk south along the eastern side of the Great Pyramid and you will notice boat pits all around. Those pits are parts of the quarry, for the bulk of the limestone that went into building the Giza pyramids lay in local quarries, and to create a boat pit, you quarry it. Beyond the first two boat pits to the east of the Great Pyramid are subsidiary satellite pyramids for the harem of King Khufu. While those pyramids look Lilliputian compared with the Pyramid of Khufu, keep in mind that pyramid building, regardless of the scale was a royal prerogative forbidden to anybody else.

The commemoration of King Khufu’s harem is reminiscent of a tradition his father, Sneferu, had enjoyed. An ancient Egyptian papyrus named after the early-nineteenth century British collector Henry Westcar tells the story which came to be known as the world’s oldest surviving joke:

Once upon a time, pharaoh Sneferu was bored to death. He summoned his articulate lector priest, who has travelled west and east. To heal the pharaoh’s ailing, the priest advised the pharaoh to go sailing. According to the royal say, twenty beauties would display every seductive element. The King gave that bevy of femmes fatales fishing nets to wear after they have taken off their clothes. As the beauties rowed up and down, to cheer up the crown, the pharaoh was transported with pleasure, beyond any measure. However, while the leader was beautifying her figure, she dropped her turquoise fish-like charm, started crying and rested her arm. The king offered to replace it, yet this wet blanket insisted on restoring her own. At this point, the pharaoh gave the great magician another mission. For Sneferu’s sake, he parted the lake, retrieved the charm and folded the lake back with his magic knack.

The first of these harem tombs has a piquant story. The American Egyptologist George Andrew Reisner, who died last century, was excavating the site when a slab of limestone was uncovered by a member of his team. They had found what seemed to be the intact tomb as well as the hermetically sealed sarcophagus of Queen Hetepheres I, Senefru's wife and Khufu's mother. Once Reisner received the post, he returned posthaste, to taste what he thought would be a King Tut moment. Reisner invited the dignitaries to a grand ceremony. In their presence, he lifted the lid of the queen’s finely sealed alabaster sarcophagus. Much to his dismay, he found it empty. An artist whispered, “She is a dud”. At this point, the unflappable American Egyptologist quipped: “Ladies and gentlemen, I regret Queen Hetepheres is not receiving today. Yet, Mrs. Reisner will be serving beer at the camp”. However, it was a substantial find, and one can still see the queen's treasures and furniture displayed at the Egyptian Museum.

Unless you feel like entering the tiny pyramid of the great Queen Hetepheres for free, continue to walk. This time, go clockwise southwards. To the south of the great pyramid is the in situ boat museum of King Khufu. In 1954, Kamal el-Malakh was clearing the area to build a tourist road when he stumbled upon fine limestone powder. He instantly realized it must be the boat he had been looking for. Having moved the titanic limestone blocks covering the boat pit, he began to smell the aroma of cedar. El-Malakh later recounted: ''vapors, perfumes of the wood, sacred wood of the ancient religion, I could smell cedar and incense, I was smelling time - history - 5,000 years.'' The ancient Egyptians had little in the way of timber and for a massive boat like that of Khufu, they used imported cedar, the iconic tree of Lebanon. Built by the ancient Egyptians in the golden age of pyramids to transport the soul of the Pharaoh Cheops to heaven, the 4,600-year-old boat is in a superb condition and is a must-see. Recently, Dr. Zahi Hawass, Director of the Supreme Council of Antiquities, revealed plans for unearthing a second boat right next to the first boat.

Next, head southwest. Climb to the so-called panorama, a vantage point at the tip of the plateau, to relish the vintage of time. It is what we Egyptians like to call a “photo op.” On your way back, if you are not worn out, stop by the small pyramid of Menkaure, whom the Greeks called Mykerinos. You might feel that the fourth dynasty which had started with the bang of Sneferu and Cheops, was ending with the whimper of Mykerinos. Yet the Menkaure way of doing things was radically different from that of his ancestors, who had placed emphasis on size. The base of the diminutive pyramid of Menkaure is encased with granite, a specialty stone quarried from Aswan, located some 680 km (425 miles) south of Cairo. Egyptians, with their relatively primitive tools, toiled to quarry, move and carve this hard stone, let alone, when it is hewn, in the heat of June, for a gargantuan tomb, a pyramid. Today, we take granite for granted. But there is more to Menkaure than you can take. Granite is red, and when you harness natural colors as the ancient Egyptians did, there is a symbolic meaning to decipher. When in doubt, hieroglyph it out. The ancient Egyptian word for a pyramid, mer, was written in hieroglyphic via a triangle the base of which was red. Such being the case, the Menkaure way of doing things was tantamount to writing the word for a pyramid in a three dimensional fashion.

Finally, it took an oneiric moment of a fourth dynasty pharaoh to perform an onerous task, the carving of yet another Egyptian statue to stand like a sentinel, the Sphinx. So, head east and the head of the Sphinx will begin rising into view as you descend the plateau. The Sphinx stands in the Sahara sands at the foot of the plateau. In geological terms, the quality of the limestone here can be traced through its terraces: as you go up, the quality goes up, and as you go down, the quality goes down. That means that the fine stone that set the tone of the pyramids does not extend to where the lion stands. The king of the beasts, as we know in the east, is so agile yet fragile that the Egyptians, I am told, both modern and old, had to constantly restore it, in order to adore it. Just pressing your hands against the Sphinx’s side would cause it to crumble. A breathtaking account of how that fragility was preserved comes from a stela telescoping time. A pause at the paws of the Sphinx reveals it all. In the eighteenth dynasty, a royal prince named Tuthmose, was hunting gazelles and lions in the shadow of the Sphinx and took a siesta. The god of the Sphinx, Horus in the Horizon, appeared to him and said: “You see, my son! I am drowning in an ocean of sand like an old man. I have only waited to grant you the honor of digging me up. If you do, I will place you on the throne of Egypt.” Prince Thutmose woke up, cleared the sand and killed the crown-prince. Soon after, the prince was enthroned as Pharaoh Tuthmose IV and erected the stela to justify his rule.

Now you can head home and sit on your own throne.