Walking Tour of the City of the Dead 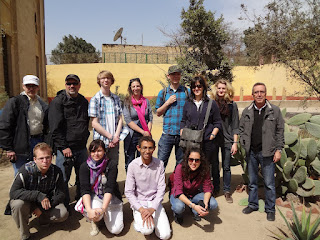